By Nicholas GarofaloAugust 7, 2013Uncategorized
No Comments

For years I worked from home and I did enjoy a posh little corner office. Here is a pic of the original setup. 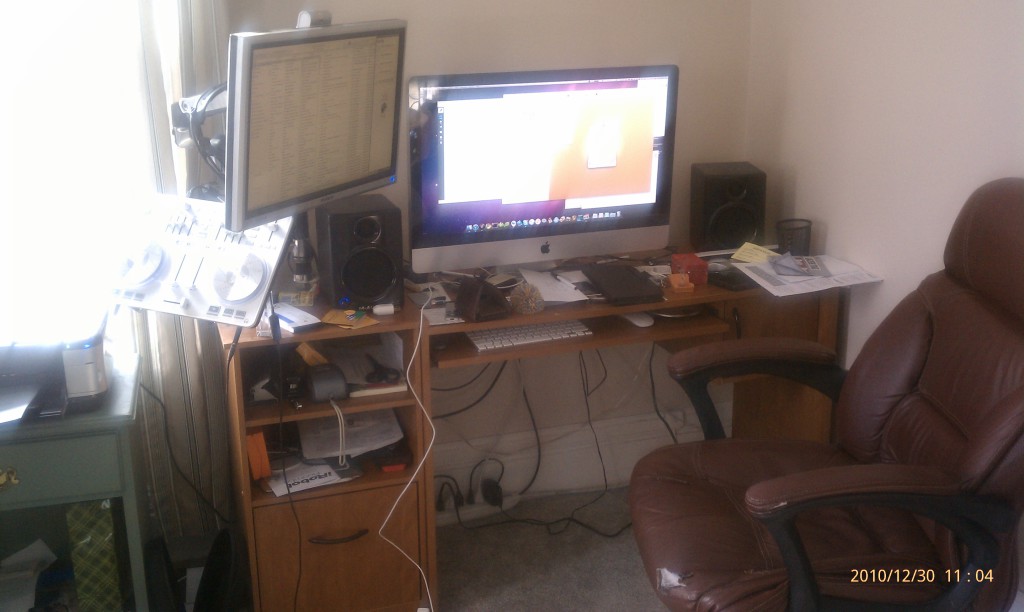 OK that was a joke. That’s actually my original setup that I had when I moved. I actually worked like that for years through college and my first year in business. The ergotron arm for the monitor was actually necessary due to lack of desk space. I don’t count this mess as a setup since it was rather unintentional. Things kinda just piled up as I acquired/needed them. Anyways, here is what I actually wanted you to see. 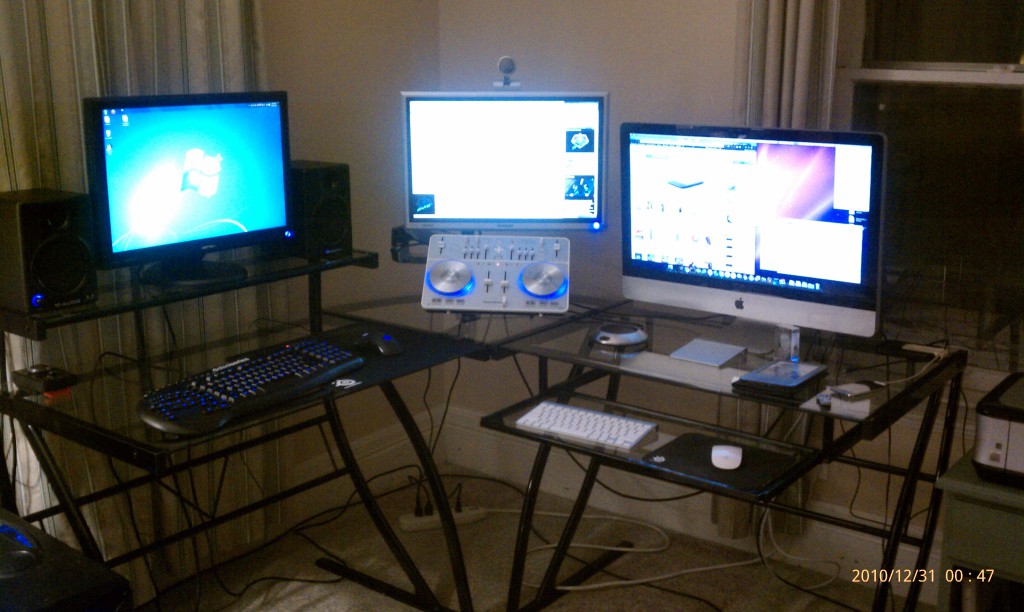 That setup treated me much better and lasted for years until we [WebOzy, Inc.] moved into our downtown office. As you can see below, much of much equipment was moved. I spend most my work time there so I don’t need as much at home. This desk has treated my well for 5 years now. 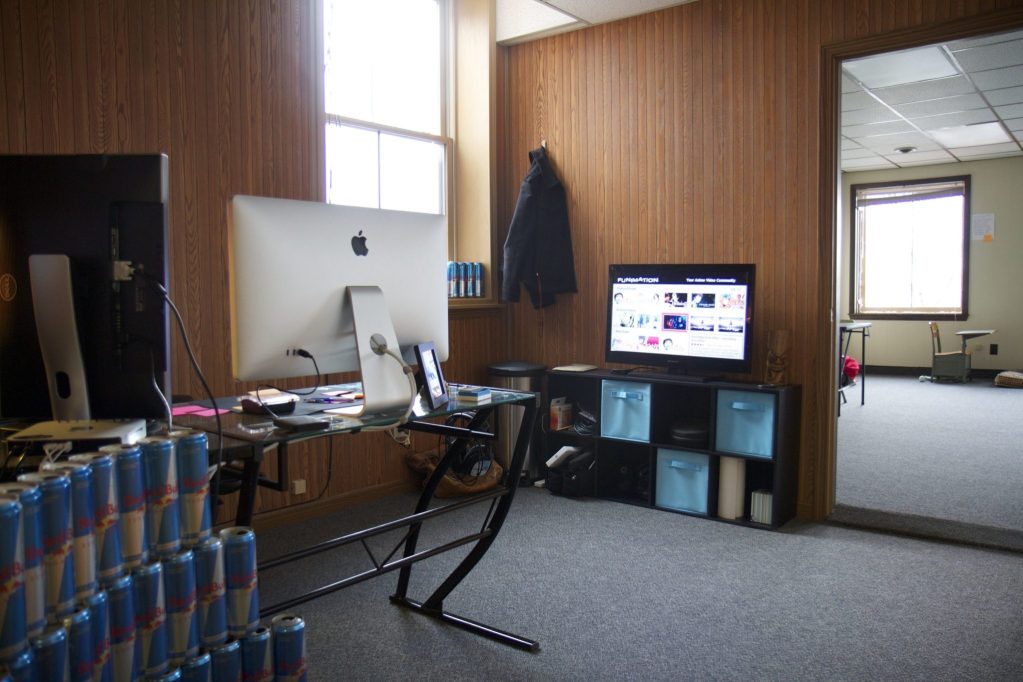 Now that we’re settled into the downtown office, I’ve begun re-building the home office with a few changes. For one, we’re re-purposing one of the 2 extra bedrooms. Might as well put it to use, right? The other bedroom was turned into a workout area, that I don’t use nearly enough, and I’ll post about that some other time. This allows for the nice dedicated space that ensures a solid separation between “work” and “living” (I struggle with that a lot). It also allows a good deal of space, space enough to fit Bridget in here with me. I can’t get scolded for working too much if she’s a couple feet away, right? She also has work to do at home and likes to write, so hopefully this setup proves comfortable.

Here’s what we have so far. The room is still a mess, but I like to get the primary furniture pieces in place and then review. We definitely need a new TV stand or possibly a couch (not sure how much TV we’ll be watching here). The TV has typically been important so that I can test Roku and Apple TV apps. Not sure how much use it will be though. Might be nicer to have a couch so I can read on my Kindle while Bridget goes on her writing binges. 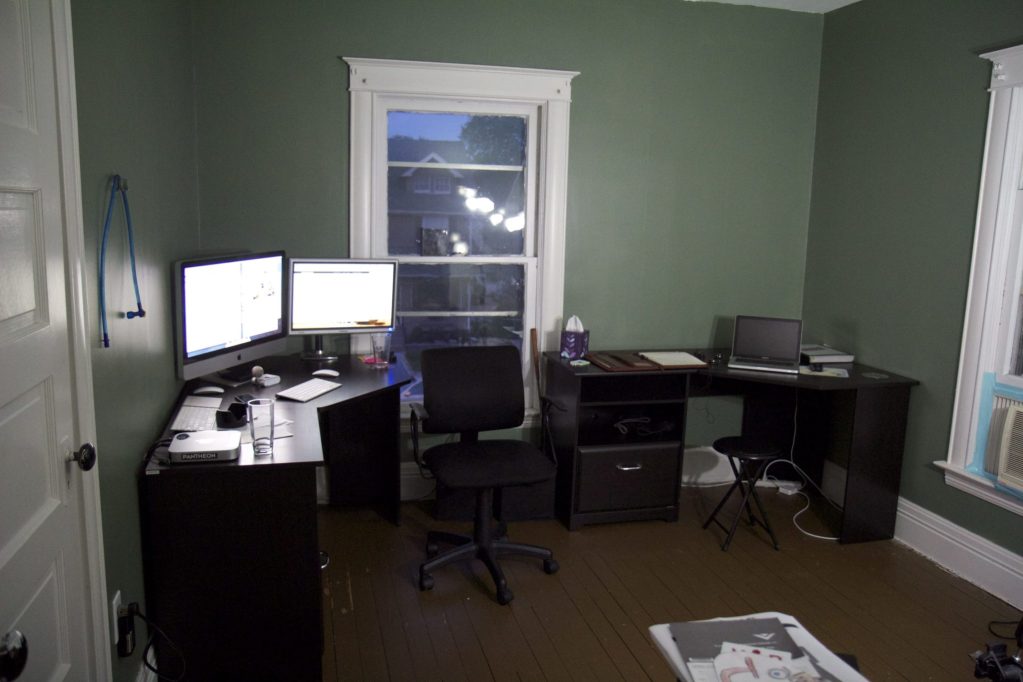 The desks have proven to be great purchases. They fit nearly perfectly and were much higher quality than I expected. They do however beg for new chairs. I’ve been drooling over the new Herman Miller Mirra 2, but it’s not out yet. I have the Embody at the office, but it’s a little big and a few hundred dollars more.

I suppose it wouldn’t hurt to decorate the walls a bit either.

Finishing off rooms and decorating has become a weekend affair in our home. I’ll post updates periodically.